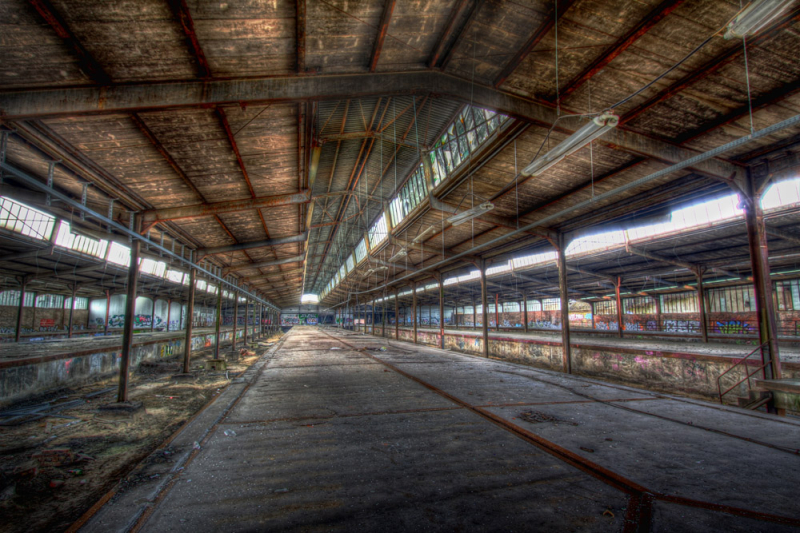 Posted by Albert (Sweden, living in Mechelen, Belgium) on 17 April 2012 in Cityscape & Urban.

A stone throw from the current station in Altona in Hamburg. The rails are gone, but the platforms are still there. The photo was just a quick test shot, from an excursion made to find a hole in the fence. The plan was to return another day when I had more time, but when I arrived two weeks later for some more photos the place was heavily enforced with more barbed wires and fences and I could not enter. I never learn the lesson: Never postpone a photo. Light and situation change.

Still, you came away with a "keeper", great range of tones and light, excellent tone mapping (as per usual).

Great PoV captured here, which adds incredible depth to this composition. Good processing as well, which brings out nice colors. Welcome back to you as well. :-)

wonderful documentary and exceptional processing! plus - an interesting story to go with it !!