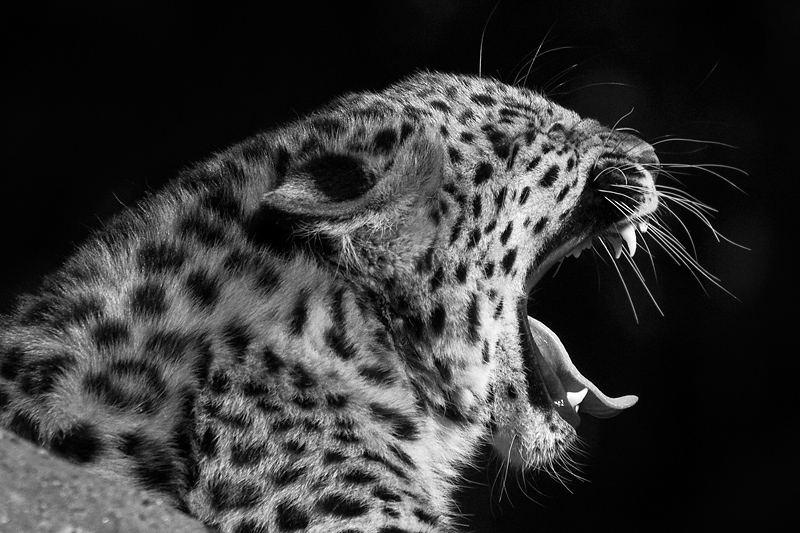 Posted by Albert (Sweden, living in Mechelen, Belgium) on 18 October 2011 in Animal & Insect and Portfolio.

Zoo, Hamburg. Leopard. The last image in this series.

fantastic . love this angle and light is stunning

nice shot
good for u

You caught the moment so well. We in the U.S. had a dreadful incident in Ohio. A magnificent creature like this and many many more were killed after their "owner" released them into the public space and killed himself. I should think that the officers would've been able to shoot them with tranquilizers instead ... so I don't know why it had to happen. So incredibly sad! Your image reminds me of the great variety in nature, and that all creatures have their ways. Great image, well caught.

What a big yawn!

Took me a few seconds to figure this for some reason. I would have been bitten for sure !

Where have you been, my friend?
Hope you're doing fine.

This, along with the great shot of the lion that started the series, captures what life must be like for the animals in the zoo.